In the ever-changing world of business, we've arrived at a point where process has trumped culture, where the race toward efficiency has made us complacent and unable to reach our potential. Stuck in the land of status quo, we've forgotten how to think. And the very structures put in place to help businesses grow are now holding them back. It's time to Kill the Company.

What this book suggests is simple: to SIMPLIFY by getting rid of things first rather than continually building on what doesn’t work; a form of spring cleaning for your organization. Innovation specialist Lisa Bodell urges companies to question assumptions and to challenge rules that have outlived their time. Killing these status quo attitudes makes space for change and more value-added work, like thinking. 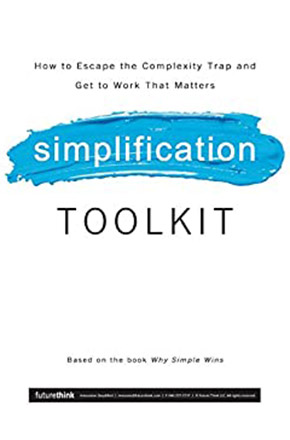 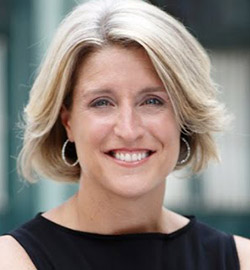 FutureThink CEO Lisa Bodell ranks among the Top 50 Speakers Worldwide and is the best-selling author of Kill the Company and Why Simple Wins. She’s a global leader on simplification, productivity, and innovation, whose keynotes leave audiences inspired to change and arm them with radically simple tools to get to the work that matters. Bodell brings a compelling perspective to the sought-after topics of simplification and innovation to over 100,000 people each year. A thought leader and serial entrepreneur, her transformational message has inspired executives at top-ranked organizations such as Google, Cisco, Citigroup, and the U.S. Navy War College.

Based on her best-selling books, Kill the Company and Why Simple Wins, Lisa provides a provocative yet practical approach that enables organizations and individuals to eradicate the unnecessary complexity and time-sucks that hold them back from more meaningful work, and allow simplicity to become their new operating system. Bodell has contributed her expertise to a wide variety of media. She is a monthly contributor to Forbes and has frequently appeared in other media including: Fast Company, WIRED, The New York Times, Inc., Bloomberg Businessweek, Harvard Business Review, The Huffington Post, FOX News, and CNN. She has also been featured in many major books such as Warren Berger’s A More Beautiful Question, Adam Grant’s Originals, and After Shock, the upcoming 50-year celebration based on futurist Alvin Toffler’s Future Shock. Bodell has taught innovation at both American University and Fordham University and has a TED talk on the topic. She has served on the board of advisors of several organizations, including the Global Agenda Council for the World Economic Forum, the United States National Security Agency, the Association of Professional Futurists, and the Novartis board of Diversity & Inclusion.