Welcome to the Writer's Life: How to Design Your Writing Craft, Writing Business, Writing Practice, and Reading Practice

Learn how to take your work to the next level with this informative guide on the craft, business, and lifestyle of writing. With warmth and humor, Paulette Perhach welcomes you into the writer’s life as someone who has once been on the outside looking in. Like a freshman orientation for writers, this book includes an in-depth exploration of all the elements of being a writer—from your writing practice to your reading practice, from your writing craft to the all-important and often-overlooked business of writing.

In Welcome to the Writer’s Life, you will learn how to tap into the powers of crowdsourcing and social media to grow your writing career. Perhach also unpacks the latest research on success, gamification, and lifestyle design, demonstrating how you can use these findings to further improve your writing projects. Complete with exercises, tools, checklists, infographics, and behind-the-scenes tips from working writers of all types, this book offers everything you need to jump-start a successful writing life. 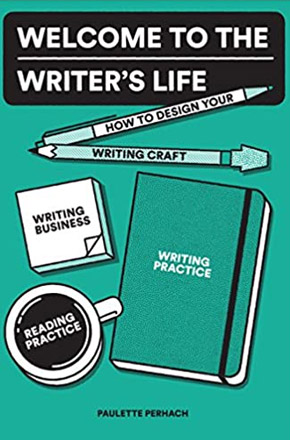 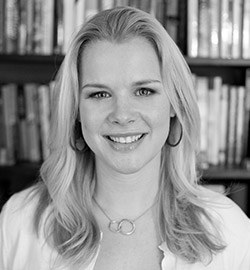 Paulette Perhach’s writing has been published in the New York Times, Elle, Slate, Cosmopolitan, Marie Claire, Yoga Journal, McSweeney’s Internet Tendency, and Vice. She’s worked for Health and Coastal Living magazines, as well as various newspapers. Hugo House, a nationally recognized writing center in Seattle, awarded her the Made at Hugo House fellowship in 2013. In 2016, she was nominated for the BlogHer Voices of the Year award for her essay, “A Story of a Fuck Off Fund,” which is anthologized in The Future is Feminist from Chronicle Books, along with work by Roxane Gay, Mindy Kaling, Chimamanda Ngozi Adichie, Caitlin Moran, and Audre Lorde. She became interested in adult education while serving as a Peace Corps volunteer in South America, and in 2015 she created the Writer’s Welcome Kit, an online course for writers that includes a 55,000-word workbook. Her book, inspired by the course, was published in August 2018 by Sasquatch Books, part of the Penguin Random House publishing family. Welcome to the Writer's Life was selected as one of Poets & Writers' Best Books for Writers. She blogs about a writer’s craft, business, personal finance, and joy at welcometothewriterslife.com and keeps a casual podcast called Can We Talk About Money? She's now a coach for writers, helping them figure out how to make a life and identity out of being a writer while making the money work (as she figures it out herself.) She's also a speaker on the topics of creativity, writing, and business.