Home / Content / Books / The 9 Money Rules Millionaires Use: Only The Unconventional Ones

The 9 Money Rules Millionaires Use: Only The Unconventional Ones

If you are looking for a traditional book about money, move on. Salomon describes techniques and processes that millionaires use that most of them won’t admit using. Do you diversify your investments? Why? Do you blame others when you lose money? Do you pay yourself first? What process do you have for investing in stocks or real estate? The 9 Money Rules Millionaires Use will inspire you to take action to act like those millionaires so that financial freedom can be yours. 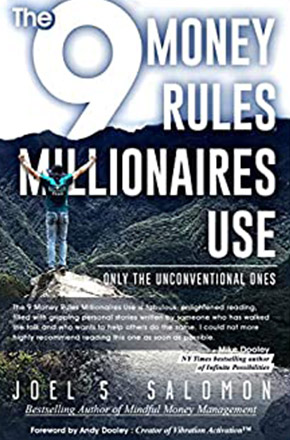 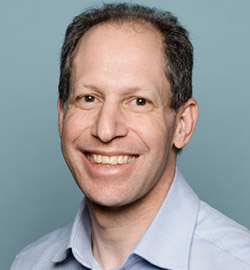 Joel Salomon is a prosperity coach who helps others overcome obstacles standing in the way of their financial freedom. In 2021, Joel published Personal Money Management bestseller, Infinite Love and Money with Mollie Singh. In 2019, Joel published The 9 Money Rules Millionaires Use: Only The Unconventional Ones, which was a bestseller in both self-help and personal finance. In 2018, he published Mindful Money Management: Memoirs of a Hedge Fund Manager, which also was a bestseller. Joel is an award-winning speaker and frequent podcast guest. He has led over 20 workshops teaching the concepts of how to overcome limiting beliefs. He has spoken at numerous Rotary and Lions’ Clubs in the New York Metropolitan area and at Mercy College’s MBA program, as well as at Mike Dooley’s Infinite Possibilities Training Conference in New Orleans in March 2018 and again in 2021. He appeared on TV with CEO Money and Between the Covers. He has also been a guest on more than 50 podcasts including TalkRadio NYC, Westchester Talk Radio, VoiceAmerica, Redesigning Your Life with Sabrina Soto, Going Solo, Smashing The Plateau, The Matter of The Heart, Every Day is a New Day Show, Thrive Loud, the Award-Winning Nice Guys Podcast, The Financial Survival Network, and Think, Believe, Manifest. Joel has also been quoted in the Wall Street Journal, Newsday, U.S. News and World Report, and interviewed in Forbes and on Bloomberg Radio. In 2012, he achieved a decades-long dream with the launch of his own hedge fund, SaLaurMor Capital (named after his two daughters, Lauren and Morgan).

Salomon’s financial experience includes managing a $700 million long/short equity and credit portfolio for Citi. Salomon generated positive returns every full year during his time at Citi, including 2008, when the market suffered 40 percent losses and financial stocks—the only ones he was managing—collapsed 57%. Salomon has been a Chartered Financial Analyst since 1995. In 1992, he was named a Fellow of the Society of Actuaries. He is also an Advanced Communicator Gold Toastmaster and a Certified Infinite Possibilities Trainer & Trailblazer. When not helping others achieve their financial dreams, Salomon enjoys table tennis, bowling, and skiing. He is also an avid traveler and has visited almost fifty countries and five continents.