Nothing Ventured, Everything Gained: How Entrepreneurs Create, Control, and Retain Wealth Without Venture Capital

In Nothing Ventured, Everything Gained, Dileep Rao shatters the dominant myth that entrepreneurs need early-stage venture capital to build a giant business. In fact, says Rao, by avoiding or even delaying VC, billion-dollar entrepreneurs can control their companies and the wealth created by them--and retain more of that wealth. The book is based on 30 of Rao's interviews with billion-dollar entrepreneurs (BDEs) and hundred-million-dollar entrepreneurs (HMDEs) and the analysis of the strategies of 85 BDEs. The author introduces the finance-smart skills, opportunity secrets, and strategy secrets of BDEs who took off without VC, and proves his points via stories of successful giants like Jeff Bezos, Mark Zuckerberg, and Steve Jobs.

Every entrepreneur will do well to read and benefit from Rao's invaluable insights and expertise.

Dileep Rao, PhD, financed the growth of hundreds of businesses and real estate projects over the twenty-three years he was VP of financing and business development at a venture development and finance institution. He advises entrepreneurs, governments, Fortune 1000 corporations, and financial institutions on building big businesses with finance-smart strategies. Dr. Rao is a clinical professor of entrepreneurship at Florida International University and has taught at Stanford University, the University of Minnesota, and in executive MBA programs in Europe, Latin America, and Asia. 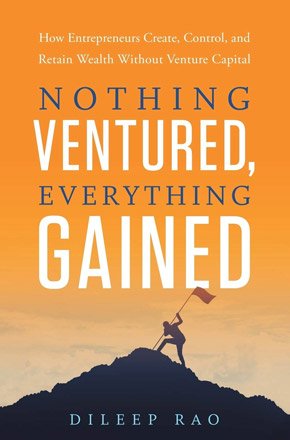 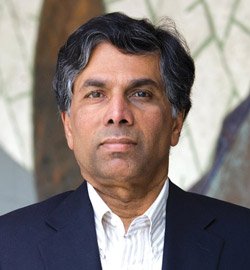 Dr. Rao has started four businesses (including corporate ventures) and managed five turnaround businesses (four succeeded) where he was chairman and director of emerging ventures and financial institutions.

Dr. Rao is a clinical professor of entrepreneurship at Florida International University. Previously he was at the University of Minnesota. He has been awarded numerous awards for teaching at both universities. Rao has also taught at Stanford, INCAE (Costa Rica), and Harvard in addition to Executive MBA programs around the world. He is also a keynote speaker on how finance-smart entrepreneurs develop high-growth ventures with little or no venture capital.

Dr. Rao is a nationally acclaimed author and the entrepreneurship and entrepreneurial finance blogger for Forbes.com, one of the world’s largest online business sites. He has two engineering degrees and a doctorate in business administration from the University of Minnesota.