Never Go With Your Gut: How Pioneering Leaders Make the Best Decisions and Avoid Business Disasters

Before you find yourself about to make another gut-based decision that will surely end badly you must take the time to read this book. It will save you from yourself!” —Leonard A. Schlesinger, PhD, Vice Chairman and COO Emeritus at Limited Brands, Baker Foundation Professor at Harvard Business School, President Emeritus of Babson College, and bestselling author of Just Start

Want to avoid business disasters, whether minor mishaps, such as excessive team conflict, or major calamities like those that threaten bankruptcy or doom a promising career? Fortunately, behavioral economics studies show that such disasters stem from poor decisions due to our faulty mental patterns—what scholars call “cognitive biases”—and are preventable.

Unfortunately, the typical advice for business leaders to “go with their guts” plays into these cognitive biases and leads to disastrous decisions that devastate the bottom line. By combining practical case studies with cutting-edge research, Never Go With Your Gut will help you make the best decisions and prevent these business disasters.

The leading expert on avoiding business disasters, Dr. Gleb Tsipursky, draws on over 20 years of extensive consulting, coaching, and speaking experience to show how pioneering leaders and organizations—many of them his clients—avoid business disasters. Reading this book will enable you to: 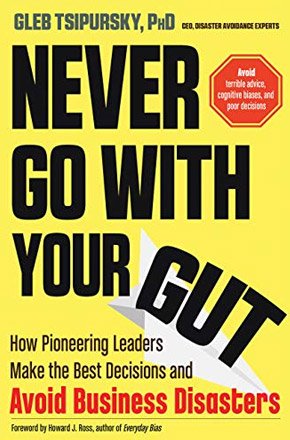 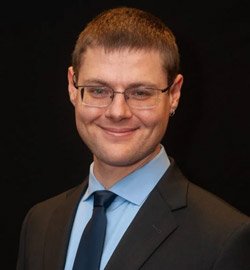 Known as the Disaster Avoidance Expert, Dr. Gleb Tsipursky is on a mission to protect leaders from dangerous judgment errors known as cognitive biases, which devastate bottom lines and bring down high-flying careers. His expertise and passion is developing the most effective and profitable decision-making strategies, based on pragmatic business experience and cutting-edge behavioral economics and cognitive neuroscience, to empower leaders to avoid business disasters and maximize their bottom lines.

A best-selling author, he wrote Never Go With Your Gut: How Pioneering Leaders Make the Best Decisions and Avoid Business Disasters (2019), The Truth Seeker’s Handbook: A Science-Based Guide (2017), and The Blindspots Between Us: How to Overcome Unconscious Cognitive Bias and Build Better Relationships (2020). Dr. Tsipursky’s cutting-edge thought leadership was featured in over 400 articles he published and over 350 interviews he gave to popular venues that include Fast Company, CBS News, Time, Scientific American, Psychology Today, The Conversation, Business Insider, Government Executive, The Chronicle of Philanthropy, and Inc. Magazine.

Dr. Tsipursky’s expertise comes from over 20 years of consulting, coaching, speaking, and training for mid-size and large businesses and nonprofits as the CEO of Disaster Avoidance Experts. Its hundreds of clients, mid-size and large companies and nonprofits, span North America, Europe, and Australia, and include Aflac, Honda, Wells Fargo, the World Wildlife Fund, and Xerox. His expertise also stems from his research background as a behavioral economist and cognitive neuroscientist with over 15 years in academia, including 7 years as a professor at the Ohio State University. He published dozens of peer-reviewed articles in academic journals such as Behavior and Social Issues and Journal of Social and Political Psychology.

Dr. Tsipursky earned his PhD in the History of Behavioral Science at the University of North Carolina at Chapel Hill in 2011, his M.A. at Harvard University in 2004, and his B.A. at New York University in 2002. He lives in and travels from Columbus, OH. In his free time, he enjoys tennis, hiking, and playing with his two cats, and most importantly, he makes sure to spend abundant quality time with his wife to avoid disasters in his personal life.