For far too long, emotions have been ignored in favour of rationality and efficiency, but breakthroughs in brain science have revealed that people are primarily emotional decision-makers. Many companies have not yet accepted that fact, much less acted on it. In this fully revised edition, Emotionomics will help you to understand emotions in terms of business opportunities - both in the marketplace and in the workplace.

In today's highly competitive marketplace where many products look alike, it is the emotional benefit that can make the difference. At the same time, companies with engaged, productive work forces will undoubtedly achieve competitive advantage. Dan Hill's book draws on insights gathered through facial coding, the single best viable means of measuring and managing the emotional response of customers and employees, to help you to leverage emotions for business success in terms of branding, product design, advertising, sales, customer satisfaction, leadership and employee management. Emotions matter and Emotionomics will help you to step closer to customers and employees, but step ahead of your competitors. 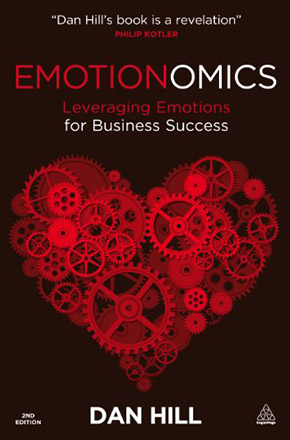 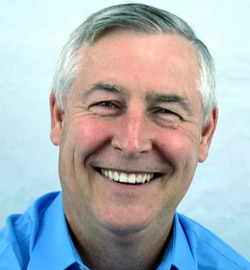 Dan Hill, Ph.D., is an internationally recognized expert on the role of emotions in politics, business, sports, and popular culture, and has spoken to audiences in over 25 countries. To capture and quantify emotions, Dan pioneered the use of facial coding (the analysis of facial expressions) in market research starting in 1998 and his company, Sensory Logic, Inc., has done work for over half of the world's top 100 consumer-oriented, B2C companies. Dan has received seven U.S. patents related to facial coding and is also a certified Facial Action Coding System (FACS) practitioner.

Dan's latest books consist of Famous Faces Decoded: A Guidebook for Reading Others; Two Cheers for Democracy: How Emotions Drive Leadership Style; and First Blush: People's Intuitive Reactions to Famous Art. His earlier, business books include: About Face: The Secrets of Emotionally Effective Advertising; and Emotionomics: Leveraging Emotions for Business Success, which was chosen by Advertising Age as one of the top ten must-read books of 2009 and features a foreword by Sam Simon, co-creator of The Simpsons. In 2014, Dan received front-page coverage in The New York Times for his work with professional and NCAA Division 1 sports teams. Other media coverage has ranged from TV appearances on ABC’s “Good Morning America,” Bloomberg TV, CNBC, CNN, C-Span, ESPN, Fox, MSNBC, NBC’s “The Today Show,” PBS, and The Tennis Channel, to print and digital coverage in Allure, China Forbes, Cosmopolitan, Fast Company, The Financial Times, The Los Angeles Times, Politico, Time, USA Today, and The Wall Street Journal. Dan was educated at St. Olaf College, Oxford University, Brown University, and Rutgers University. Along with his wife, Karen Bernthal, he nowadays splits his time between St. Paul, Minnesota and Palm Desert, California.