Douglas Board was hot-housed from an early age to be a member of the elite: the tiny coterie of people who run organizations, professions, interest groups, communities, and, at the highest level, countries. The training worked, and he has been chair of a household-name charity, treasurer of another, and deputy chair of a board-level consultancy. Elites are also his specialist subject: he has a doctorate in selection for senior roles and, as a head-hunter and executive coach, he has spent three decades recruiting and mentoring new members of the top tier.

In this revelatory book – part how-to guide, part detective story of ideas – he analyses 10 traps which hold back those on the upper rungs of the ladder from making it to the top and undermine their self-esteem. He also asks whether that final push to the top is worth it. Writing passionately from his own experience, Board argues that success in the fullest sense isn’t about winning the most glittering material prizes. For him, true fulfillment demands an adventure into the unknown inside ourselves: why do we seek what we seek? The answers can be surprising. 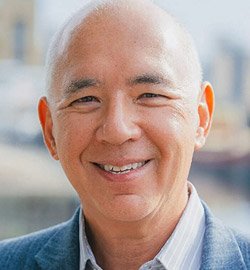 Douglas Board (@BoardWryter) is a writer and thinker on leadership, and an executive and career coach. Previously he was for eighteen years a senior headhunter (executive search consultant). His 2021 book ELITES: CAN YOU RISE TO THE TOP WITHOUT LOSING YOUR SOUL? has been described by the Financial Times as 'profound ... sharp and often very funny'. ELITES lifts the lid on what happens at the top of meritocracies: why they produce glass ceilings; how senior executives can navigate them; and how we can change the system.

His earlier non-fiction work includes two applied research books, CHOOSING LEADERS AND CHOOSING TO LEAD (2012) and, with Robert Warwick, THE SOCIAL DEVELOPMENT OF LEADERSHIP AND KNOWLEDGE (2013). His articles have appeared in the Financial Times and Times Higher Education.

Douglas also explores leadership and social circles of power through satirical fiction. His novels MBA (2015) and TIME OF LIES (2017) take apart the fantasies of business tycoons and post-truth politicians. The novelette THE RATS: A WHITE HOUSE SATIRE (2018) imagined poetic justice for the then occupant of the White House.

He is an honorary senior visiting fellow at the business school of City, University of London. In 2019 he became one of the five non-lawyer members of the Queen's Counsel Selection Panel, which awards the highest distinction for legal advocacy in England and Wales. Previously he was treasurer of the Diana, Princess of Wales Memorial Fund and chair of the British Refugee Council. He is a graduate of Cambridge and Harvard Universities and in 2010 received a doctorate in the selection of people for senior roles from the University of Hertfordshire.

Find more writing, interviews and talks at www.douglasboard.com. You can invite Douglas to talk to your group from there (see 'lunchbox Douglas').