Home / Content / Books / Change (the) Management: Why We as Leaders Must Change for the Change to Last

Change (the) Management: Why We as Leaders Must Change for the Change to Last

There’s a reason two-thirds of organizational change initiatives are unsuccessful and an estimated $2 trillion is wasted on change each year: change efforts are largely one-dimensional. Now, Change (the) Management brings a second dimension to the conversation. In addition to setting rational goals, leaders also must become deeply involved in the change process—not outsourcing it to others. They must pull their people through the change, reaching them on an emotional level rather than pushing change on their people transactionally. With well-told stories that illustrate the need for this fundamentally new way of thinking, this book finally speaks straight to leaders to help them re-think how to manage change…and even how to lead every day.

Instead of drawing on the work of outside observers, Change (the) Management draws on the author’s decades of experience in-seat as a change champion and senior executive at well-known companies as well as decades of research on the subject of organizational change. 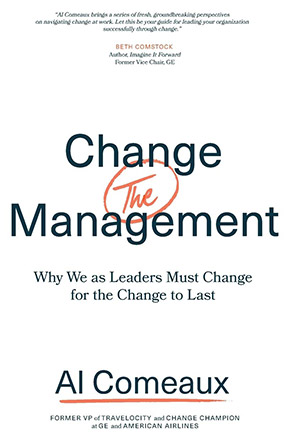 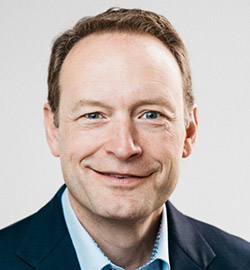 I’m not that different from a lot of executives. I’ve spent 30 years in corporate life, the last two decades on senior leadership teams at the tops of large divisions of well-known companies, and even at the tops of companies. So if you’re an executive, I’ve seen a lot of things from your vantage point. Except maybe when it comes to change. When I’m not driving it, change seems to follow me around. I started studying change—the winners and losers and what makes them different - after an unsuccessful transformation effort more than 20 years ago. Actually, it was 20 years, four companies, eight jobs, eight CEOs, three CEO transitions and countless other executive transitions, numerous corporate-wide and divisional change efforts (including an IPO, a hostile takeover, a take-private/leveraged buyout, two startups inside large corporations, massive globalization, a complete overnight change in business models, and two 40 percent layoffs), too many other changes to count, discussions about change with numerous management consultants and other senior executives, and thousands upon thousands of pages of reading ago. I’ve conquered change, been a change agent and failed miserably.

In short, if we want to win at change, we have to prime our people for the change before we ever start executing. It’s taken me 20 years to boil all of this (and a lot more) down, and now I’m sharing what I’ve learned, so our organizations can flourish, so we stop wasting $2 trillion a year on change, so leaders and employees don’t suffer through failed change in vain, and so my own children will have change-adept organizations to work for when they join the job market in a decade or so.